With weeks out to Halloween, fireworks are becoming a nuisance and reports are coming in from communities in Dublin Central and around the country that illegal fireworks are in widespread use. 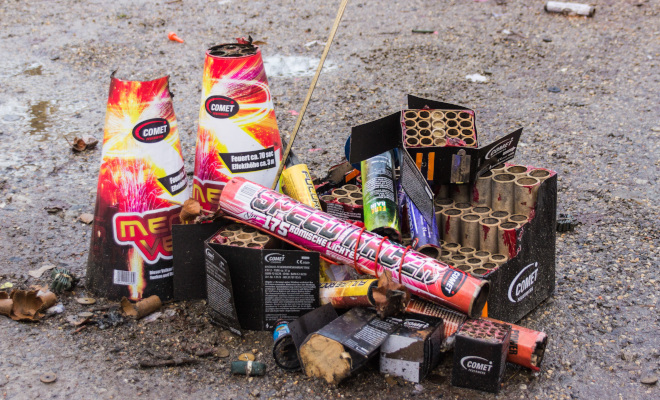 Having done so similarly two years ago, Neasa has again written to the Minister for Justice to ask her to do more on combating this issue. Previously she had included some proposals the Minister could act on (here) and these remain relevant.

While again the Minister’s plans (below) includes a number of good points, it is clear that more still needs to be done.

Let us know if you have any suggestions on how to tackle this problem at Neasa.Hourigan@oir.ie

Response from Minister for Justice

Fireworks, because they are explosives, are regulated under national and EU legislation and can only be imported into the country under licence and stored and sold in accordance with explosives law. Government policy restricts the availability of all hazardous fireworks to the general public. Licences under the Explosives Act are issued by my Department only for the importation of fireworks which are to be used in organised displays conducted by professional and competent operators.

Part 6 of the Criminal Justice Act 2006 gives An Garda Síochána the power to make arrests in relation to the possession of unlicensed fireworks. An example of the penalties faced include a fine of up to €10,000 and up to five years imprisonment if convicted of having fireworks in your possession with intent to sell or supply. Igniting fireworks or throwing an ignited firework at a person or property is also liable to the same severe penalty. These penalties demonstrate the seriousness attached to breaches of the legislation governing the importation and use of fireworks.

I am aware of the distressing impact the improper use of fireworks has on our communities and I share the concerns of the Deputy and of the local communities affected. I know the fear and distress fireworks being set off causes our elderly family members and neighbours and people with sensory challenges and other vulnerabilities. They also have a terrible impact on pets and other animals and livestock.

That is why every year as Halloween approaches, my Department runs a safety campaign aimed at ensuring the public is aware of the dangers of illegal fireworks and bonfires. Taking into account the issues arising and highlighted to me last year, my officials will again seek to collaborate with a number of relevant bodies such as An Garda Síochána, the Dublin Fire Brigade, the Irish Society for the Prevent of Cruelty to Animals, as well as the local authorities around the country in order to ensure that our messaging for this year is clear, impactful and ready to be launched and rolled out before the end of this month. As always, this messaging will continue to be pushed out across a number of mediums including social media on a regular basis until early November.

In addition to the awareness raising work undertaken by my Department, in the run up to Halloween, additional efforts are made by An Garda Síochána to combat the illegal importation, sale and use of fireworks, which is known as Operation Tombola.

I am advised by the Garda Commissioner that through Operation ‘Tombola’ each Garda Division will put in place a range of measures to combat the importation, sale and distribution of illegal fireworks, through intelligence led operations, visits to local car boot sales, searches and seizures of fireworks. They will liaise with local authorities and Fire Services, and identify and remove stockpiles of bonfire material and abandoned vehicles from locations.

They also promote awareness of the dangers associated with the improper use of fireworks and unsupervised bonfires through the media, social media, school visits and information leaflet distribution by the Crime Prevention Officer and members generally. An Garda Síochána will also Conduct high visibility policing of Halloween night celebrations, i.e. beat, bike and mobile patrols, thus preventing damage to property, injury, trauma for the vulnerable and the elderly, and general anti-social behaviour.

I am further advised by the Commissioner that Policing Plans will be implemented across each Region to ensure adequate response capabilities are in place to meet the policing demands in this particularly busy period. In addition to putting in place appropriate and effective measures designed to combat the sale, supply and possession of fireworks and anti-social behaviour, each Chief Superintendent will also examine their policing needs for the Halloween period to provide the necessary overt and covert policing presence.

Operation ‘Tombola’ will also focus on preventing associated public disorder and anti-social behaviour through the incremental deployment of resources, including Garda Public Order Units to augment local plans as appropriate.