After being contacted by locals on the issue, Neasa got in touch with Hines Ireland about restoring public access to the Clonliffe College site. While Hines Ireland did assess the request to restore public access seriously, consulting with both the GAA and the Archdiocese of Dublin, unfortunately they have informed us that public access will remain restricted for the foreseeable future. 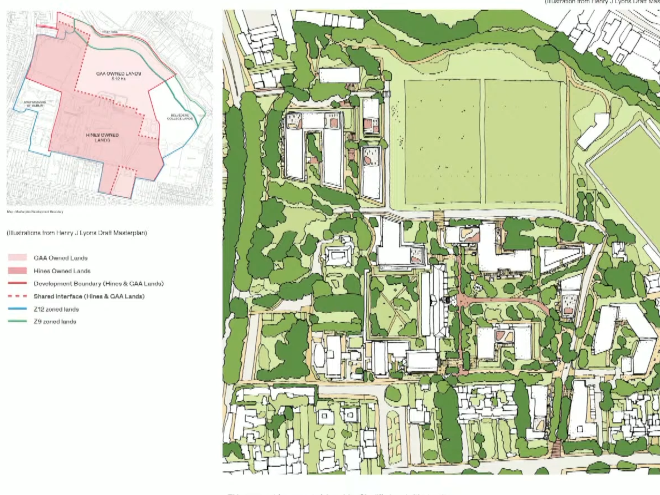 Hines Ireland’s response to Neasa can be read below and outlines their reasoning:

As Hines is one of the three relevant parties in this regard, we have consulted with both the GAA and the Archdiocese of Dublin both of whom are substantial land owners on the Clonliffe site, before replying to your correspondence.

We very much understand your position as stated but there are a number of important considerations which have a significant bearing on the landowners’ decision to restrict public access currently.

We have outlined the key reasons below:

Regrettably, for these reasons, public access to the site will need to remain restricted for the foreseeable future.

It is worth noting that the completed development is envisaged to be accessible to the public to enjoy public walks, newly established formal gardens and the Tolka river bank. There will also be two full sized GAA pitches.