The discord in East Wall over the last few weeks has a complicated set of origins. All political representatives for the area, like myself, know East Wall to be a very cohesive community. It is also a diverse and constantly changing community. The people of East Wall often go about their day in the view of cranes redeveloping the docklands and with the sound of trains and trams whistling past. It is as important to place that reality in the forefront of our discussion of housing and protests as we should the welfare and rights of people seeking work or sanctuary in this country. 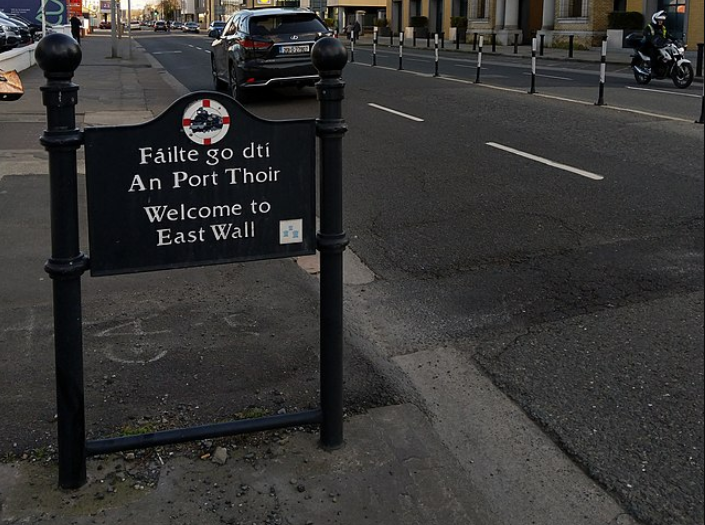 A few short weeks ago a delegation of young people visited the Dáil. They were members of an Adult Learning group and they came from all walks of life but one young man pulled me aside and said he wanted to tell me his story. More often than not when people ask a TD for some time to talk there is an explicit ask for assistance attached at the end. Not this time. He had travelled from West Africa to Europe as a seventeen year old. He ended up in Germany for a few years and had come to Ireland to work in the construction sector but was taking a number of classes when he could so he could ‘get on’. He said that he wanted to tell me his journey just so I knew about it, just so I understood.

The reality is that as an Irish person I do understand. Many families like mine are only a generation away from that story. In the 1930’s my grandfather travelled via Canada to work in Chicago in the warehouse of a large department store right in the city centre. The Canadian route into the United States of America was well travelled by Irish people at the time because it was not one that required the standard documents and visas. He eventually returned to Ireland but many didn’t.

That is family lore now but a story not so far from those who come to Ireland today from countries near and far. Many are focused on a new, safer, better life. Some are drawn by job opportunities in an English speaking EU country with continuing, relatively high growth and nearing full employment. We have skills shortages in construction, information technology, health services; the list is quite long. However that macro focus on employment figures and sectoral skills doesn’t always resonate for people who may feel the place they know is changing rapidly around them.

Communities in the North Inner City of Dublin, like many urban communities, have been starved of resources for decades. Those are very real concerns and not to be dismissed. Where resources are provided they are often concentrated on issues such as homelessness and addiction which, while welcome, further concentrates some difficult issues in an area that is already facing significant challenges. Services such as childcare and sporting amenities are often in very short supply and land is at a premium. Our method for the baseline funding of local authority services is not working and there seems to be little political appetite for serious reform.

It is not racist to wonder about how new neighbours or communities will affect you and your family but our actions do have meaning. When rooted in worry and distrust it is possible to operate in a way that is unfair or unjust to others regardless of whether their skin colour is your concern. The challenge for all of us is to recognise every person as an individual and to choose to act in an actively non racist way. If we want better services the focus must be to hold the political system to account for under-resourcing and on letting community authorities know where gaps exist and need support. In turn decision makers have nothing to fear from a debate around how we fund, support, and deal fairly with everybody affected by policy at both a local and national level.

When you live in Dublin Central one of the most notable characteristics of communities is how quickly people make friends with newcomers and how rapidly that sense of solidarity is established between neighbours. Life isn’t always easy in the inner city and people tend to lean on each other when things get difficult. It could be tempting to place wedges between families or groups at a time of financial hardship and inadequate housing but if that is the main thrust of the political ideology being offered to people then it is an impoverished and desolate philosophy for Dubliners.

My grandfather wanted a family, to be safe, to make a life and some money. The country where he went to search for that didn’t always find it straightforward to integrate people like him. They were immeasurably enriched for doing so. We will be too.