Greens Say No to CoLiving, Yes to CoHousing

The Green Party has called on the government to engage with co-housing groups during this weeks' CoHousing Here conference and legislate to support this innovative and collaborative form of community making. 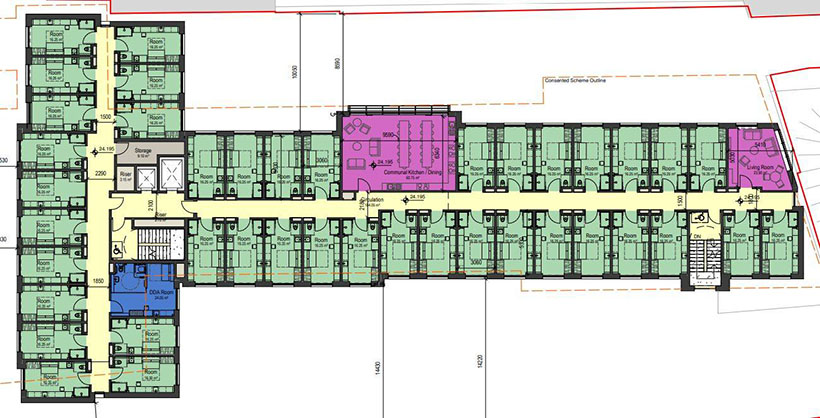 In a position paper published today Cllr Neasa Hourigan, (Cabra Glasnevin) and Chair of Policy for the Green Party, set out a route to creating a number of legislative supports and incentives for the cohousing model of construction.

She said “Cohousing is the provision of individual housing units through a cooperative model of finance, development, construction and maintenance. Basically a group of people can come together and build their own street or their own neighbourhood. It has been a successful form of home construction in Europe for more than three decades. It allows people to largely sidestep developer-led, private housing and concentrate on community action, green and biodiverse spaces and the highest quality design. Cohousing allows owner occupiers to focus on the aspects of community that are most important to them, whether that is space for children, growing your own food or the provision of spaces for elderly persons. Cohousing should be actively promoted by the government as a progressive form of house building and as one that is more likely to produce climate responsible, adequately serviced communities that offer a high standard of living. It is part of a raft of solutions that could alleviate the deepening housing crisis in Ireland, particularly for vulnerable groups that struggle to find suitable housing. Instead of pushing the inhumane and profit driven model of Co-Living it is time to embrace the opportunities of Co-Housing.”

Adding to the call Green Party Spokesperson on Housing Ossian Smyth said “A core vision of the Green Party is the development of communities where families work, shop, socialize and attend school without having to commute long distances. To achieve such a vision we need to utilize land very efficiently, particularly in urban settings. Cohousing could form one part of the solution during a crisis that demands widespread and systemic change in our building and housing sector.”

The paper proposes a number of measures to achieve cohousing in an Irish context including making ethical lending instruments available, undertaking supportive legislative change including the development of community land trusts and preferred planning consideration at local authority level.