The Green Party's Dublin Central Dáil candidate Neasa Hourigan has called on Dublin City Council to set out clear guidelines for the clearance of snow from footpaths as well as roads in extreme weather events.

‘While the work undertaken by Dublin City Council during the blizzard was a fantastic effort it was noticeable that roads were given preference for clearance over footpaths. In inner city communities like Cabra, Phibsborough and Stoneybatter where amenities are in walking distance and car ownership is relatively low this doesn’t always make sense. Not only were roads cleared earlier but thawing snow was also moved onto footpaths from the road surface creating an even greater hazard’.

The 2016 census shows that Dublin’s north inner city communities have some of the lowest car ownership rates in the country- the national average is 81.9% while in Dublin city as a whole 33.7% of people do not own a car.

The strategy of gritting and clearing roads before footpaths also puts elderly, young and mobility impaired residents at a disadvantage. Ms. Hourigan went on to say: 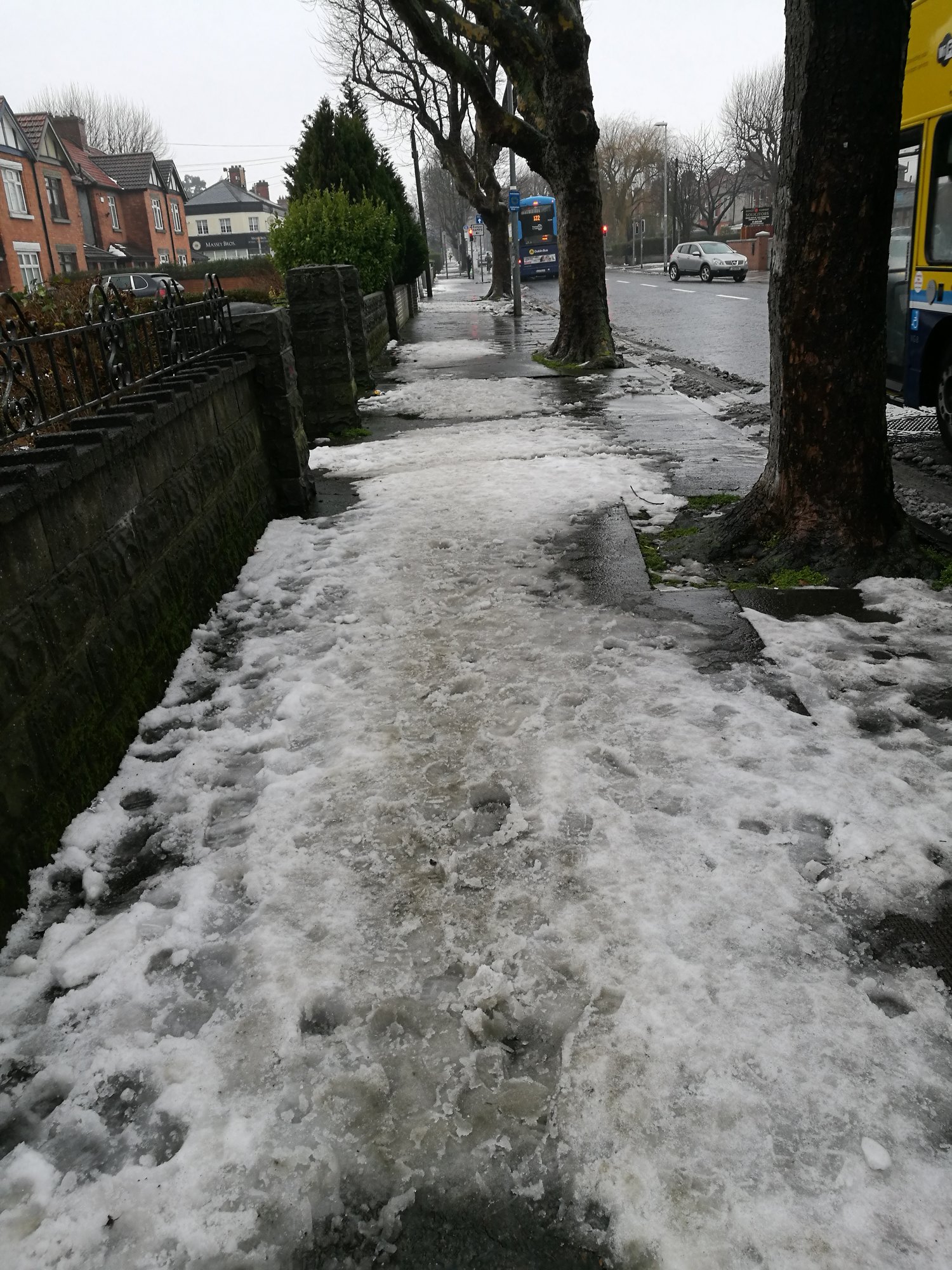 ‘As the mother of a 5 year old, white cane user I am very aware that our city’s streets can often be difficult to navigate for less able bodied or vulnerable residents. Many neighbours of mine in Cabra were unable to attend mass on Sunday despite living within one or two streets of the church and we are still fetching bread and milk for them as footpaths remain icy and treacherous. Extreme weather events such as the blizzard are going to become increasingly common and I urge Dublin City Council to put the welfare of the inhabitants of Dublin city before the servicing of vehicular routeways’.