In a recent letter to the Minister for Housing in relation to the overconcentration of build-to-rent in Dublin’s inner city areas, Neasa called for a percentage cap on the build-to-rent element of any site, if not an outright ban. Balance is needed for sustainable communities so they do not become dominated by rental only housing models. 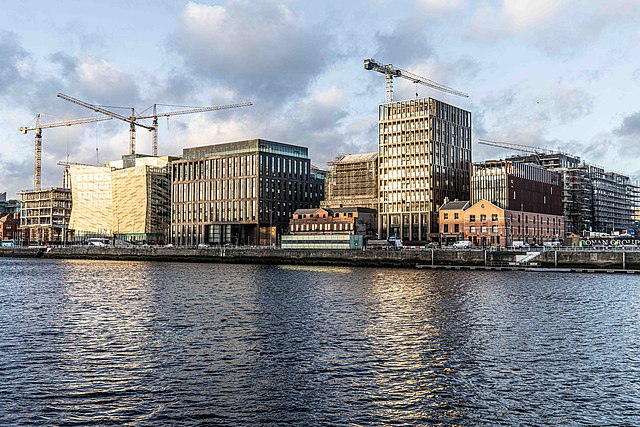 While Neasa recognises that build-to-rent developments form a relatively small (but at the same time not insignificant) proportion of the planning applications lodged at a national level; the overconcentration of build-to-rent developments is an issue in the constituency of Dublin Central. The Dublin Inquirer recently published an article which stated that between 2018 and 2020 as much as 70% of housing units granted permission in Dublin City Council were build-to-rent. Neasa’s own review of strategic housing developments and their applications to An Bord Pleanála in the past year in the Dublin City Council area indicates a similar number, with approximately 65% of units being build-to-rent.

Neasa believes we need a balance with build-to-rent developments. We limit the amount of social and affordable housing in developments. We should now, at a minimum, have a percentage cap on the build-to-rent element of any site, if not an outright ban. That balance is needed for sustainable communities so they do not become dominated by rental only housing models.

On another important point, some 13% to 15% of the population has a disability and a considerable proportion of those people live in private rental situations; however the minimum requirements for spatial set-outs in build-to-rent are fundamentally in conflict with the rights of people with disabilities. A 5% variance on spatial standards means that a studio or one-bedroom apartment of 37 sq. m can be brought down to 35 sq. m. That is a tiny amount of space without any room for storage. There is no generosity in that space. We already know there is an issue in accessing 1 of 2 the home adaptation grant for private rental properties. There is no likelihood that the significant proportion of the Irish population who have a disability can seriously use the 65% of build-to-rent permission in Dublin Central. That is the outsized impact that build-to-rent has on our area.

In November last year, the Department of Housing, Local Government and Heritage produced a welcome report on co-living developments. On foot of that report, the Minister took the view that the number of applications and permissions was too high and decided, effectively, to ban co-living. That was the correct decision in Neasa’s view.

In her letter to the Minister, Neasa made a number of further requests:

We must make a conscious decision about the appropriate levels and locations for this type of development because every community deserves to have quality housing.

The Minister for Housing’s response can be found here. In short he does not feel that there is an overconcentration and does not propose to review the current Build to Rent set-up. I would encourge anybody that would like this decision reviewed to contact your local TD on this matter. We will continue to push the matter.