There has been a planning application (reference 2848 / 20) submitted to Dublin City Council that would see the Amiens Street entrance to Connolly Station converted into an office building. 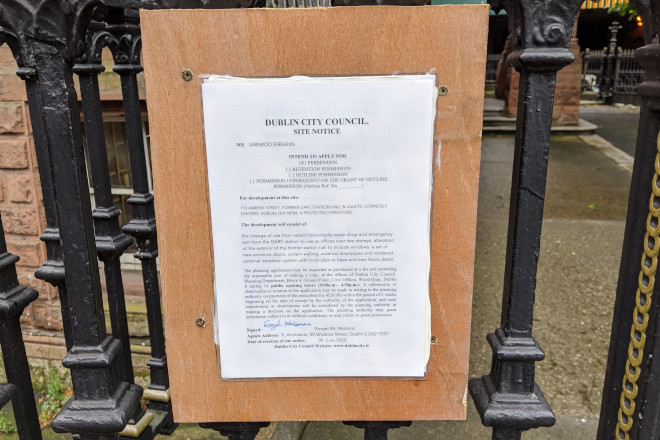 I was notified to this application by a local constituent, which I appreciated and would encourage anyone with a planning application in their own area that they are not sure about to likewise get in contact, and I would be happy to have a look.

While the Amiens Street entrance is currently closed to the public, the proposed development could end the prospect of re-opening this entrance, and could hinder the future expansion of Connolly Station.

Working with local councillor Janet Horner, I have made an observation on this planning application to Dublin City Council, outlining a number of issues that must be taken into considerations. You can read my full submission below.

The Dublin Commuter Coalition has also made a similar submission, which you can find here.

To Whom It May Concern,

I hope that you will take these observations into consideration.